Liz Clough graduated with a BA honours in Music from the University of York in 1979. She gained a PGCE in teaching children with Special Educational Needs (SLD) and taught in a special school for three years. Following this, Liz took a post graduate diploma in Music Therapy at the Guildhall School of Music and Drama. Liz has given lectures and run training sessions throughout the UK and has presented at national and international conferences.

Liz has worked as a Music Therapist for more than 25 years. During this time, in addition to her own continuous clinical practice, she developed and led a successful team of seven Music Therapists, employed by the Local Authority to provide a service to children and young people in Bedfordshire schools.

Liz has worked extensively with children and young people with severe emotional and behavioural difficulties, many of whom have additional learning and/or physical disabilities. She has worked with children experiencing domestic violence, trauma, bereavement and abuse. She specialises in the age range 0-14 years and has a special interest in attachment disorders. 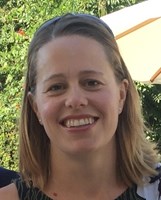 Anna Jacobs gained a BMus(Hons) degree from the University of Lancaster in 1993 and following this qualified as a Music Therapist in 1995. She was awarded an MA in Music Therapy in 2000 following research in the field of Music Therapy with Adults with Learning Disabilities and has also undertaken additional training in counselling.

Anna has many years experience in working with both children and adults in the fields of Learning Disabilities and Mental Health. Most recently Anna worked for the local authority specialising in providing therapy for children with severe emotional and behavioural difficulties. Anna is also an BAMT approved clinical supervisor.

Anna has particular interest in working with adolescents with behavioural difficulties and also in group therapy work. Organisational dynamics make a significant contribution to her approach to all clinical work and the work of other therapists that she supervises. Between 2007 and 2009 she was on the Executive Committee of the British Association for Music Therapy and has spoken at a number of Music Therapy conferences in the UK and also in Norway.

Ian Nye graduated from Southampton University in 1995 with a BA(Hons) in Music. He then went on to study Music Therapy at the Guildhall School of Music and Drama in London, qualifying in 1998.

Ian spent two years on the committee for the British Society for Music Therapy (a forerunner of the British Association of Music Therapy) and has spoken at conferences throughout England and abroad. Outside music therapy, Ian runs various community music groups including choirs, African drumming circles and a primary school orchestra. 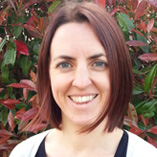 Emma graduated from the University of Glasgow with a BMus(Hons) degree.  She followed this with an MA in Music Therapy from Anglia Ruskin University and also has additional training in counselling skills.

Emma has worked extensively with children and adults with learning disabilities and social, emotional and behavioural difficulties.  She has a special interest in the field of bereavement and trauma, and completed a dissertation on the impact of bereavement for children with learning disabilities for her MA in Music Therapy.  She has run training days on loss and bereavement with a focus on children and young people.  Emma has also supervised Music Therapy students as part of their training. 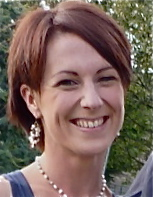 Sarah graduated from the University of Nottingham in 2001 with a BA (Hons) in music, studying the flute and piano. She gained her MA in Music Therapy from the Guildhall School of Music & Drama where she completed a research paper on the use of Music Therapy to support young people with communication disorders who have suffered from abuse. Sarah has attended several training sessions on Autistic Spectrum Condition and has worked with young people with ASC for over ten years.

Sarah has experience working with clients of varying ages and backgrounds including adults with learning disabilities and dementia, young people with attachment disorders, looked after children, and adolescents with dual diagnoses of learning disabilities and mental health problems. She has also enjoyed working with speech and language therapists to help develop young children’s social communication skills.

Sarah has a particular interest in family music therapy and runs groups and individual family sessions at nurseries, encouraging the child’s communication and social skills whilst nurturing the bonds between young children and their family members.

Sarah believes in a collaborative approach to working with clients including building positive relationships with and between those also working or living with the client. 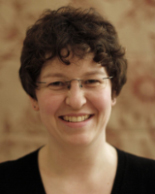 Susie gained her BA (Hons) in Music and French from the University of Birmingham in 2002 where she studied piano and harpsichord. Susie continued her studies at Trinity College of Music with a postgraduate performance diploma in piano. Susie completed her Masters in Music Therapy with Nordoff Robbins in 2009. Since qualifying, Susie has also undertaken a foundation course in psychodynamic counselling skills.

Susie has worked in special needs schools, in London and Hertfordshire, with children with severe learning difficulties as well as for Nordoff Robbins in both London and Croydon. Susie was also a placement therapist for students in training. More recently, Susie has specialised in music therapy with deaf children and is qualified to Level 2 in British Sign Language.

All our Music Therapists are registered with the Health and Care Professions Council and the Information Commissioner’s Office and have DBS clearance.